Having just landed on a delayed Nairobi flight, I headed straight to a friend's beer party. By the time I arrived, the afternoon's festivities were well and over, but there were still enough food to sate my hungry belly, a few willing drinkers, and a couple of Gilroy's 'Serious Dark Ale' in the cooler box. Years ago, Gilroy's was one of the few craft brews available in Johannesburg and I'd brave the lousy service and rubbery calamari at the otherwise charming Zoo Lake Bowling Club just to get one. Well, the club stopped serving Gilroys and the old timer seemed to have been put to pasture by a breed of 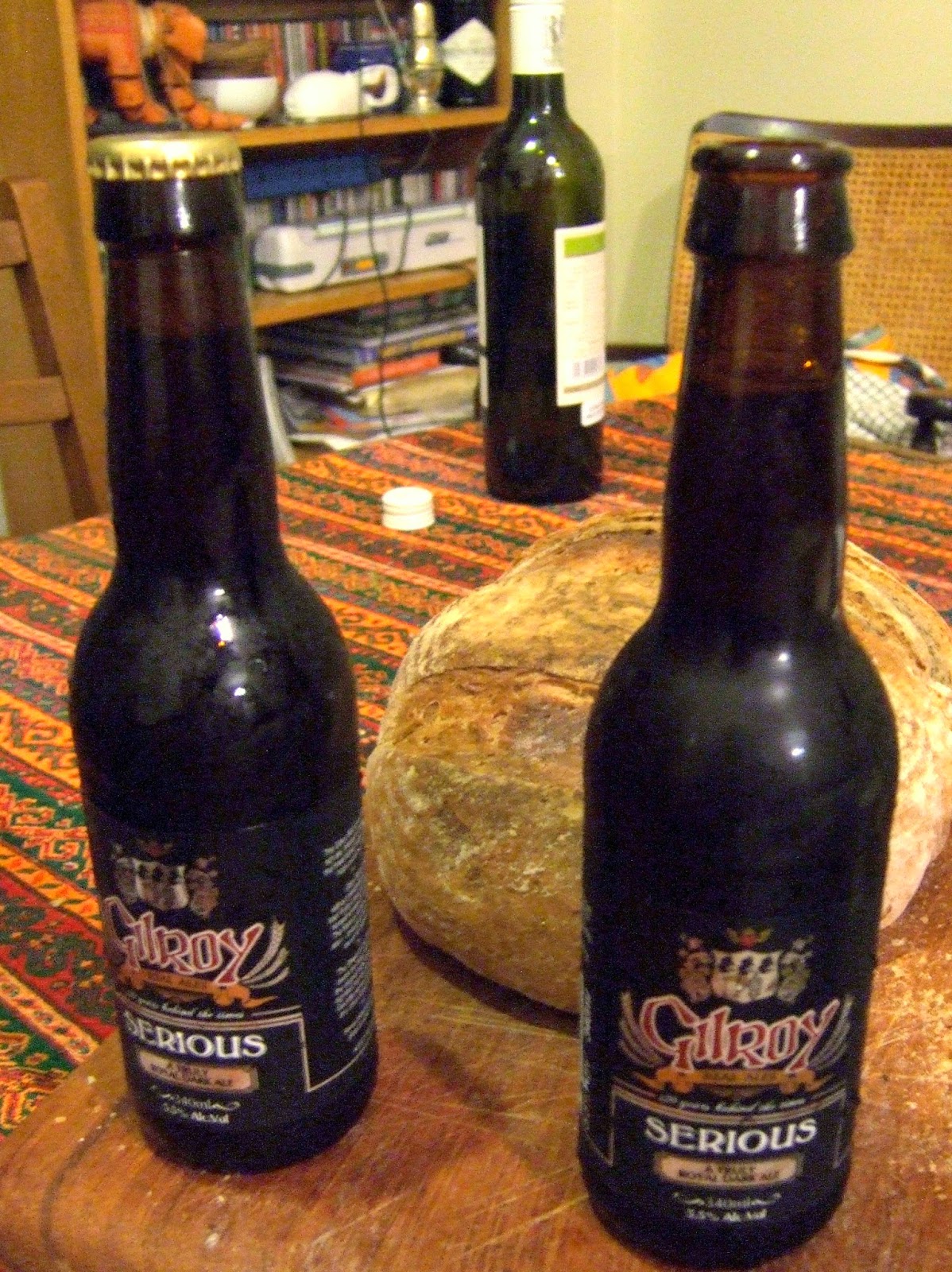 aggressive upstarts. The last time I tasted anything they make was a couple of years back at their laddish yet family friendly Muldersdrift brewery. So, I pondered, here was the chance to get re-acquainted and see how this pioneer had stood the test of time.

The bottle looks nice and 'olde timey' and indeed, the brewers describe the contents as a dark rich ale made in the age old way. This, apparently, includes the addition of a 'majestic' yeast. According the the website, even the sophisticated superspy James Bond drinks the stuff. As we decanted, we came to understand why the quintessential British icon might be so inclined. Despite a vigorous pour, the beer rested in the glass looking like dark tea. The bottle claims this is done in an Irish style, but since I don't know a jig from a blarney stone, I can't really say. Regardless, I suspect James Bond wouldn't be caught dead drinking something from the emerald isle.

Coming to taste, we hoped the majestic yeast might spawn some leprechaun magic to lift the beer above its uninspiring appearance. Alas, from the taste of it, majestic means lazy. Perhaps too many jigs for that leprechaun. Instead, the taste stayed true to the look: barely carbonated and a bit like iced tea on the tongue. Still, the taste would let it pass for a middling real ale at a midlands country pub. A friend, fresh from the US, found it reminiscent of Negra Modelo, a dark German style lager made in Mexico. I can see that, but unless you drink a great number of these, it's unlikely you'll be moved to dance around your hat or take Michael Flatley for a spin.

As for the hornpipe, the bottle defends its almost absent carbonation as allowing the beer to "dance on tongue but cause no distress to the tummy." That's another way of saying it's flat. Which is kind of right; in more ways than one. Perhaps 007 should stick to his Martinis.